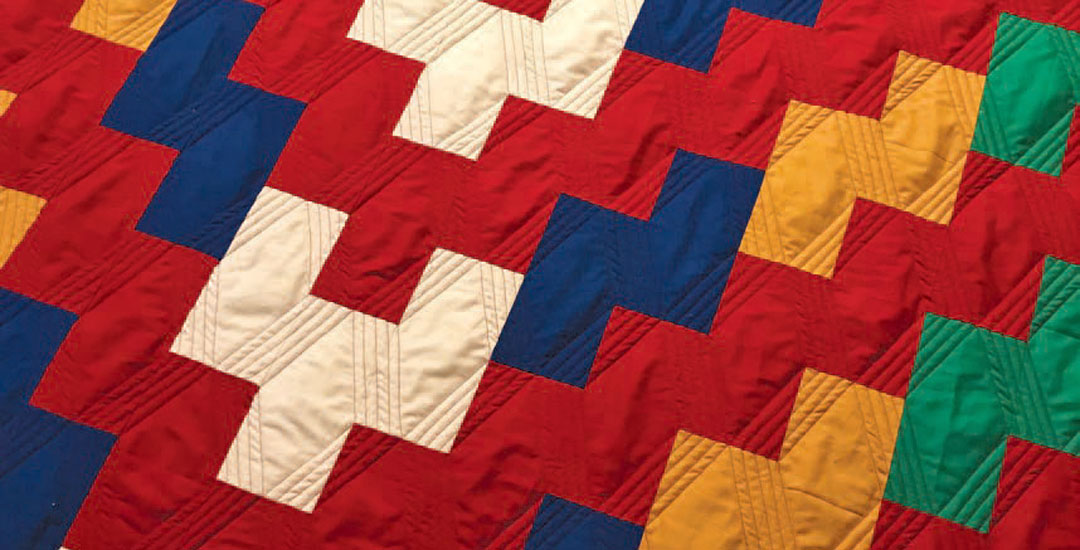 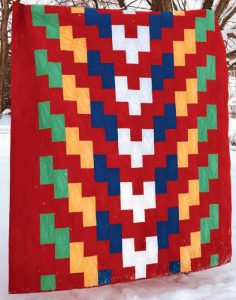 The most common use for the sash during the fur trade was to prevent hernias, but it was also considered fashionable amongst different classes of people. The upper class, or even Indigenous people, wore and traded the sashes. The sash was also a multipurpose kit. Threads could be pulled from it to mend other clothing items.

The original quilt from this pattern was made for a family member who is involved in re-enactments at Winnipeg’s Festival du Voyageur as well as other events throughout the year.

Download the Voyageur Quilt Pattern & Instructions and create your ode to this interesting time in Canada’s history.