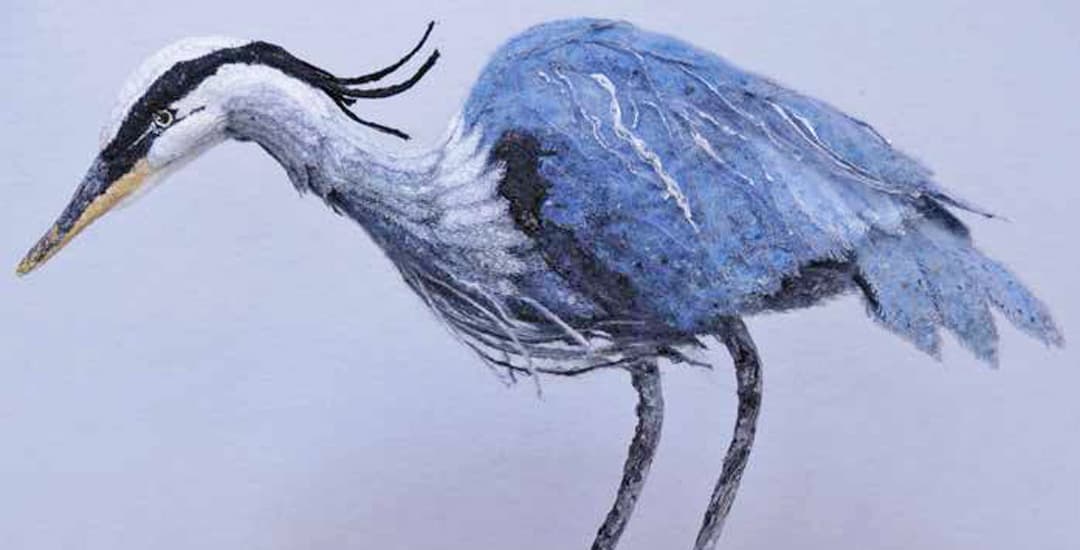 July 6, 2019, was an exciting day! A number of artists gathered in Portage la Prairie, Manitoba to celebrate the opening of the Grand National 2019 at Prairie Fusion Arts Centre. It was the culmination of a year-and-a-half of hard work, which insured the Grand National stayed alive. Alive it is! 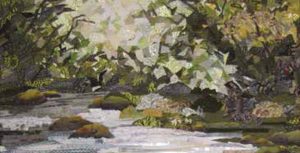 A stunning exhibition of 47 fibre-art pieces, juried from 125 entries by Betty Bailey and Karen Szakaly, interpreted the theme Still in multiple ways. One piece celebrated the longevity of place, showing a pair of barns built in 1834, which are not only still standing, but are still owned by the same family: MacKay Barns Standing Still on Spiddle Hill by Deb Plestid. Another artwork depicted a 200-year-old event in Prague which silenced the town’s bell forever: The Bell without Heart by Emilie Belak. Rusty by Donna MacDonald, revived a rusty old vehicle. Another creation sparked the imagination by proposing wild horses still roam the land: Ken’s Stallion by Rita St. Amant. Many designs portrayed the solitude created by the stillness of nature, such as Finding Tranquility by Karen Thatcher, or demonstrated the longevity of nature; for example, Standing Still by Julia Garcia. Other pieces depicted the natural instinct of an animal to be motionless out of fear: If I Stay Really Still…Maybe They Won’t See Me by Judy Leslie; or to be motionless in order to hunt and capture prey: Still Fishing by Carol Seeley.

The Grand National Committee is proud to announce that Grand National 2021 (theme: Crossroads) will be the first touring
exhibition. There are six secured galleries spanning across Canada. The Crossroads exhibition will open at the University of New Brunswick Art Centre, Fredericton, NB, on April 30, 2021; will travel to The Thunder Bay Museum, Thunder Bay, ON; The Woodstock Art Gallery, Woodstock, ON; Victoria Arts Council, Victoria, BC; The Weyburn Arts Council, Weyburn, SK; and will conclude at the Art Gallery of Southwestern Manitoba, Brandon, MB, on November 21, 2022. The Committee is excited to be the impetus to culminate an exhibition of fibre art, which will travel across this country over a 19-month period. Plan to join Grand National on its adventure by entering art into the competition, joining the committee, sponsoring the endeavour or attending one of the gallery viewings. 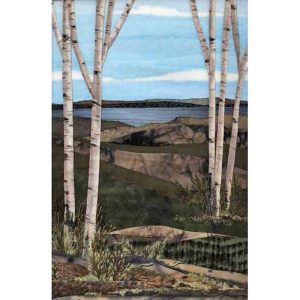 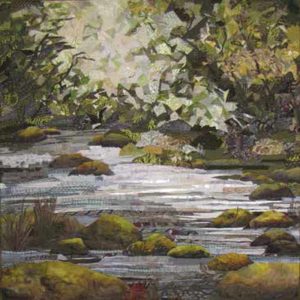 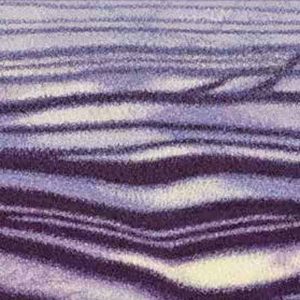 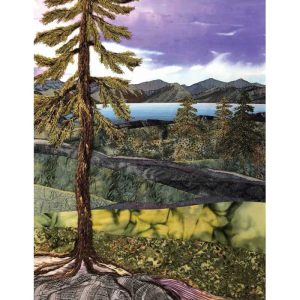 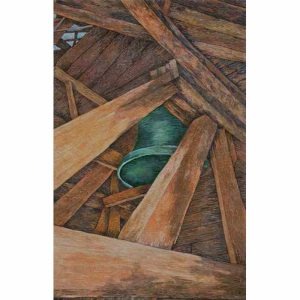 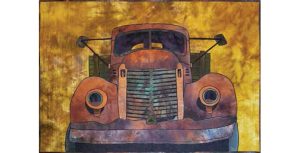 West Coast Moments: Still Fishing by Carol Seeley, from Campbell River, BC atop this post won the Grand Prize, sponsored by Friends of the Joseph Schneider Haus, Northcott Silks Inc. and Cindy’s Threadworks.