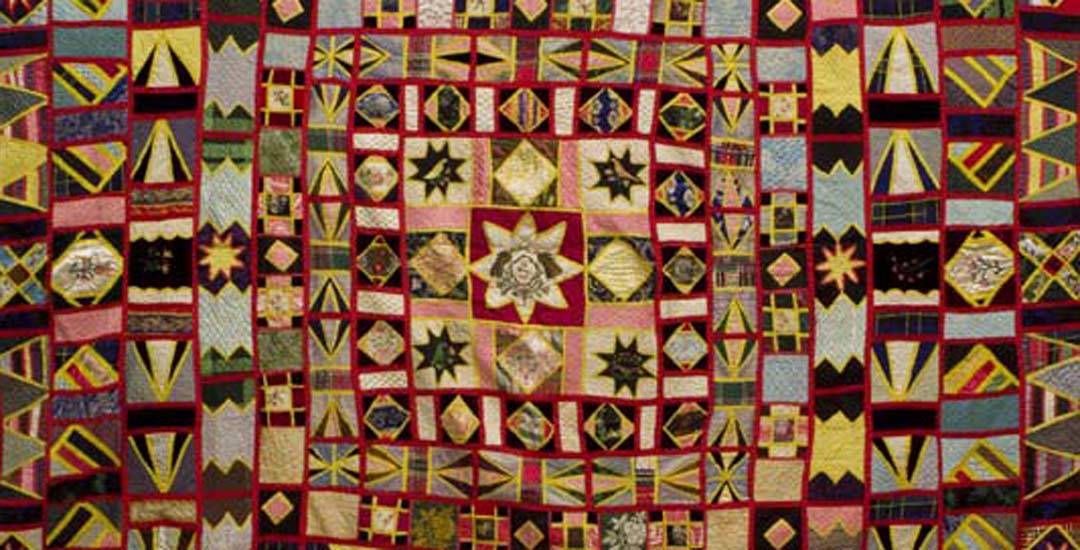 Thousands of quilt books have been published over the years with quilt history books making up only a very small percentage of them and Canadian quilt histories accounting for fewer than ten. Most of these focus on the history of Canadian quilts made in eastern Canada. Western Canadian quilts are dismally represented. Alberta Quiltmakers and their Quilts, a newly published book by the Friends of the Royal Alberta Museum Society, addresses that gap.

The book primarily features quilts made during the 20th century but also includes those from as early as the mid-19th century and as recent as the 21st century. To provide some historical context, it is important to note that before the fur trade, and before colonial settlement was established in Alberta, Indigenous peoples inhabited this vast land. In 1873, Edmonton, its capital city, was but a village with less than 150 people and the language of trade was Cree. In 1896, the Minister of the Interior, Sir Clifford Sifton, was responsible for the settlement of Canada’s Prairies. His immigration policy contributed to the mass influx of immigrants and the settlement of Alberta between 1896 and 1905. And often packed among the settlers’ effects were quilts.

The province of Alberta was established only 125 years ago, hence the quilt history of its settlers is more recent. Any quilts made prior to that settlement period were made elsewhere and help illustrate the migration patterns of settlers. The Marts Red and Green Appliqué wedding quilt travelled from Illinois in the U.S. and the Rendell Quilt came from Devonshire, England. These two 1858 quilts provide context for where the settlers came from. The former is more modest and made completely with cotton fabric. At the time that the quilt was made, Mississippi was the largest cotton-producing state. In contrast, the Rendell Quilt was made almost entirely from silks. Such fabric was more readily available in England with its silk industry dating back to the 1600s. Although both quilts were made in the same year, the materials used to make them speaks to the local fabric industry where they were made, dictating their look and feel. 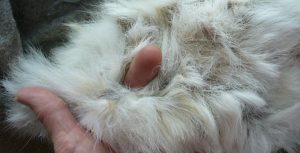 Alberta has neither a cotton nor a silk industry. Many quilts made during the settlement period were made of wool. One of the earliest examples was made between 1880-1890 by a woman of Metis heritage, Margaret Ann (Pruden) Fraser. Her husband, Henry, was a fur buyer for the Hudson’s Bay Company, so wool blankets and fur were easily accessible. Margaret used two blankets and woven rabbit fur for the quilt batting, tying all three layers together, however, sewing scraps and old clothing was most common. Quiltmaker Evelyn Snell from Carmangay made the batting for the 1904 Crazy quilt from the wool of the sheep that she raised. Crazy quilts were the most common type of quilt made in Alberta. They provided the flexibility of using all shapes and sizes of fabric, eliminating waste. Although two different techniques, both quilts were made to keep one’s family warm during the harsh winters.

It was a challenge to collect the quilt history. I was usually dependent on the information provided by a relative of the quilter, often a third or fourth generation removed. Information about the quilter or a quilt declines through the generations or is simply forgotten. Luckily, I had access to a few individuals who were quilting as early as the late 1920s. They could also recount stories about their mothers’ and grandmothers’ quilting activities. Alice (Hittinger) Wickey was 98 years old when I interviewed her in 2012. As a young teenage girl, she helped her mother make quilts for the beds. Quilts, as Alice pointed out, were made out of necessity. Information shared by Alice informed the Hittinger Quilt story, one of 12 featured in the book. 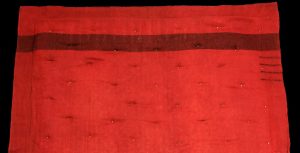 Collecting the history of late 19th and 20th century quilters took time. Quilt documentation events had to be organized throughout the province. Between 2013 and 2019, 38 museums, archives and guilds from as far north as Fort Vermilion to as far south as Cardston participated in the Alberta Quilt Project (AQP). Many thousands of kilometers were driven to collect the stories. For each event, the public was invited to bring pre-1970s family quilts that had been made in Alberta, or, if elsewhere, were part of a settler’s effects. These strict parameters allowed us to tease out the history more effectively. More than 700 quilts were documented and photographed as part of the AQP, capturing the various types, materials and patterns used to create them. Many surprises were discovered along the way. The history of the quiltmakers was also collected to preserve their contribution. 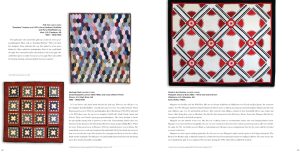 Unbeknownst to me, an earlier quilt documentation project was conducted from 1992 to 1995. The Alberta Heritage Quilt Project (AHQP) was initiated ten years after the Kentucky Quilt Project (KQP) was founded in 1981. The KQP is recognized as being the first state to document quilts in North America. Once aware of this earlier project I began my quest to locate the AHQP files; these 1100+ files were later donated to the Royal Alberta Museum. Shortly after the AQP began in 2010 another documentation project was initiated. A group of women started the Alberta Quilt Study Society (ABQSS) in Calgary. To date, they have also documented 700+ quilts. Both the Alberta Heritage Quilt Project and the Alberta Quilt Study Society have greatly enriched this book with their contributions. In particular, they both fill the gap of quilts made post 1970, which the Alberta Quilt Project did not capture. This was a fortuitous collaboration. 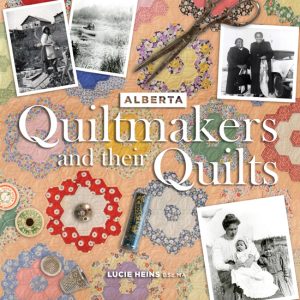 The information collected through the quilt documentation process (2500+) forms the content of this new coffee table style book which is filled with stories and pictures of colourful quilts made by Alberta quiltmakers. It includes 12 quilt stories and 12 quilt themes. The stories capture the lives of some quilters in more detail than others because diaries, unpublished memoirs and family history books and archival photos were available. Themes such as What’s in a Quilt, Men and Quilts, Prizing-Winning Quilts and UnFinished Objects (UFOs) highlight numerous quilts, each with additional information about the makers. Through the lives of the quiltmakers, the reader will not only be able to piece together the history of quilting in Alberta, but also discover its history one quilt a time.

The book is available from the Friends of the Royal Alberta Museum Society and can be ordered online.