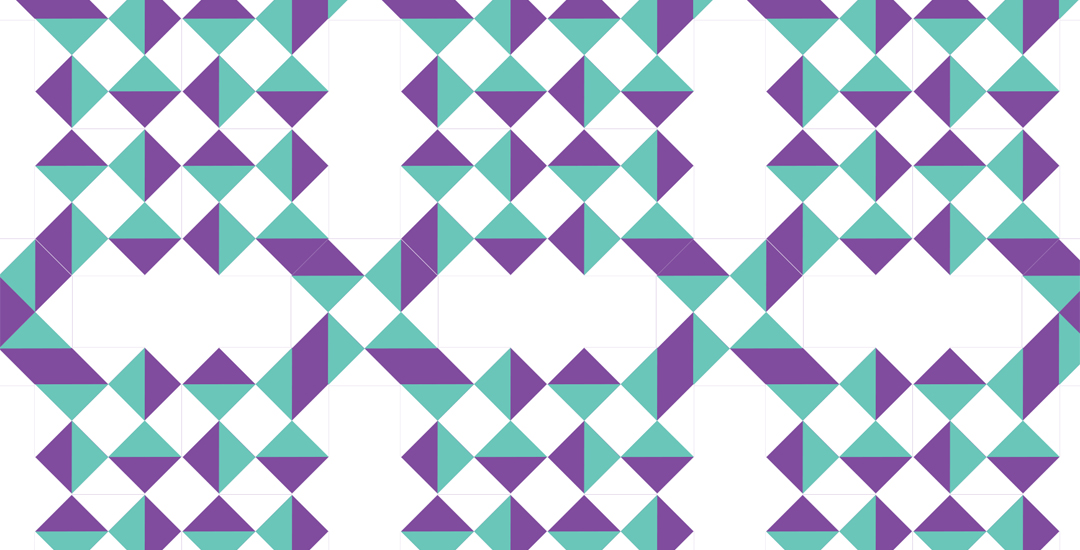 During the summer, Modern Quilters of Canada (a Facebook group started by Jackie White) issued a challenge – to design and create a modern quilt measuring 12″ x 12″. While this article is too late for an entry or the lovely prizes, it is not too late to alert you to look for other modern quilt challenges which pop up on the Internet.

This challenge sounded like a job for Electric Quilt 8®! After all, I looked at modern quilts, admired them, wondered about them – so why not try one? How hard could it be to make a 12″ x 12″ quilt?

First, some research for the qualities of a modern quilt:
•  asymmetry
•  reinterpretation of traditional blocks
•  minimalism
•  use of greys and whites as neutrals
•  improvisation
•  addition of negative space
•  thoughtfulness about colour choices (solids are a popular choice) and/or
•  simplification.

I spent several weeks looking at modern quilts, listening to some of the experts in the field and came to this conclusion: an important attribute of a modern quilt is that choices made during the design process should speak to the maker. Since I am, at heart, a piecing quilter, I decided to start with something meaningful to me and then proceed with a design.

When EQ8 is opened for a new project, the Project Sketchbook has seven basic blocks already saved. I decided that the friendship star block held the most meaning for me at the time, so I began by clicking on it, then clicking on the Edit button at the bottom of the screen. So far, so good! 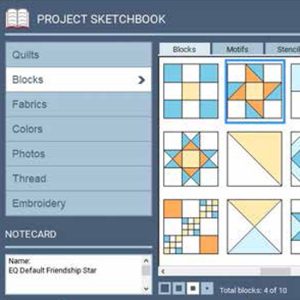 Following some of the qualities of modern quilts, I placed grey in the background and used some solid colours. However, with the versatility of EQ8®, modern quilters can do much more with one block!

The first experiment with this block involved placing it in two different quilt layouts. EQ8 offers ten basic quilt layouts plus a library of many more, differentiated by size and style. I clicked on Quilt Worktable and from the ribbon of choices under the Layout tab, I chose the Horizontal layout and set it to be three blocks by three blocks. Then I clicked on the Borders tab and deleted the default border that EQ8 always sets in place. From there, I clicked on the Design tab, then the Set Blocks block tool to place the block on the quilt. By holding down the Ctrl key on the keyboard and clicking on a block, all the sections become filled with the same block. I also tried the On-point layout and placed the same star in it. With a change in colours, set in a 12″ x 12″ on-point layout, looks like the one shown below. 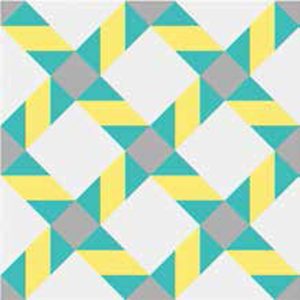 An easy way to reinterpret a traditional block is to give a fresh look to the colour of the sections. Once recoloured, I placed it in the Horizontal quilt layout with three columns and three rows, and then resorted to a wonderful block tool, which can be used on a quilt layout – Symmetry. Every click on this tool produces a different set of rotations of the blocks. With the Symmetry tool, the quilt becomes more non-traditional! EQ8 has other tools that will help develop modern quilt designs. 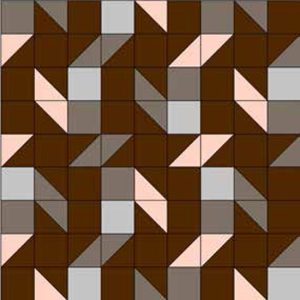 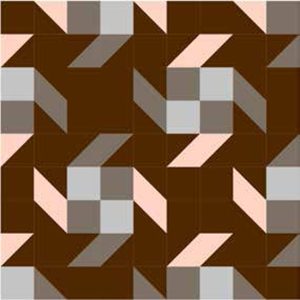 After once more recolouring the friendship star block, I created a Horizontal quilt layout with six blocks across and three down – the blocks end up sized at 2″ x 4″. After the block was squeezed into this layout, using the Symmetry block tool resulted in interesting green pinwheels. If you were shown this quilt, would you ever guess it began with a simple Friendship Star block? 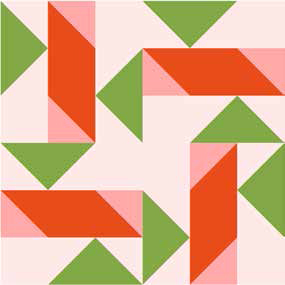 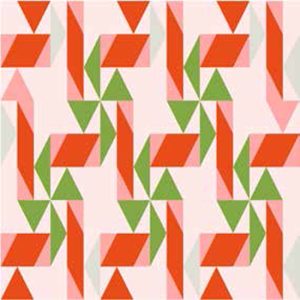 The qualities not added to my quilt design: use of negative space and simplicity.

EQ8 has the one quilt layout I think every user should try! It is the Custom layout – appearing like a blank canvas, ready to paint with fabric. 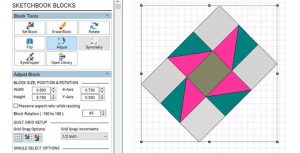 I clicked on Quilt Worktable and from the ribbon of choices under the Layout tab, I chose the Custom layout and set it to be 12″ x 12″. After deleting the border, I clicked on the Design tab to use the Set Blocks tool. This layout works slightly different; because everything is custom, the designer creates the size of the desired block. After choosing the block, hold trackpad on the layout to determine the size. For this step, it doesn’t matter if it is exactly the correct size. After letting go of the shift and mouse button, the Adjust tool is used to finalize the size.

For the final extension of my modern quilt design skills, I examined the block and took the main feature (the triangle), created a motif and then added it to a custom layout. This shows a design with lots of negative space! This quilt could be called Fading Friendships? 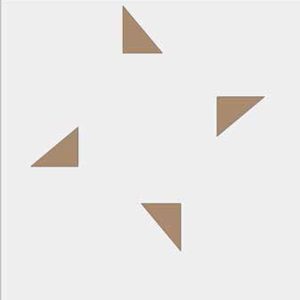