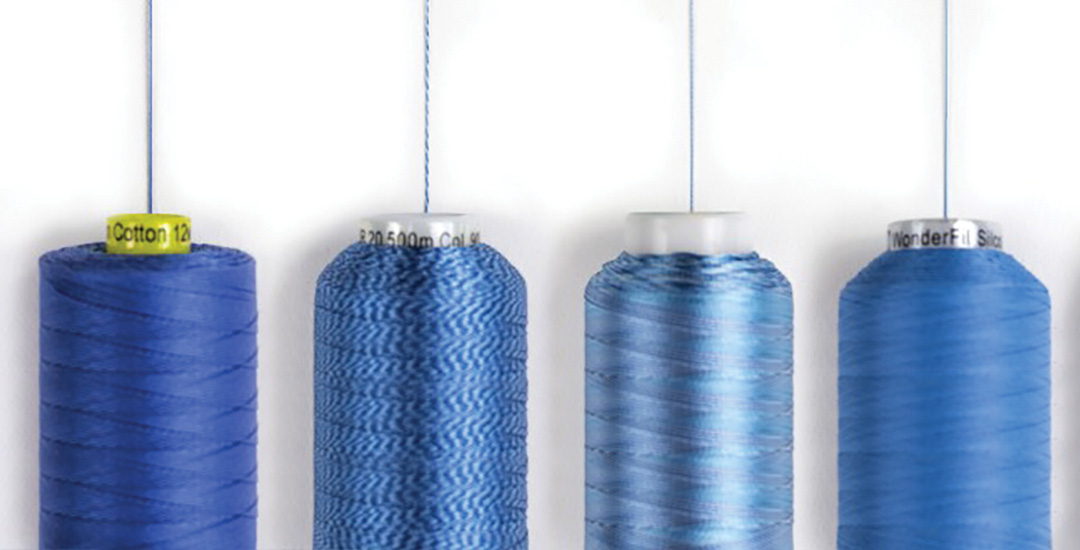 The Ins and Outs of Thread Weight

There are a variety of technical terms floating around the sewing industry, one of the most common being thread weight (abbreviated as wt). Thread weight is one of the most important ways of understanding the thickness or thinness of a thread, which will greatly impact the appearance of stitching. But how is it measured? 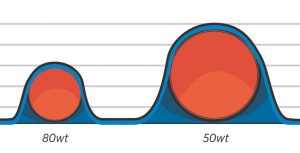 Imagine you have 10 guests coming over for a barbecue and you have 10 pounds of meat to grill up into hotdogs. With only a few people, there is enough meat to make larger sausages. What if you have 50 guests and still only 10 pounds of meat to feed them all with? For so many people, you will have to make much skinnier sausages to ensure enough for everyone. This is the same idea behind how thread weight is measured. Therefore, a 100wt thread will be super fine while a 12wt thread will be thick and bold.

While thread weight is a term used almost ubiquitously by thread manufacturers, there is not a definitive system to measure it by. Most manufacturers know how thick a 40wt thread looks and will use that as a point of reference to base other thread weights. However, there may still be minor variations in thread weights between thread companies.

Medium Weight Threads
For reference, a standard thread weight used for any general sewing, quilting, piecing or machine embroidery would be a 40wt or 50wt. This is the most common thread weight used and sold on the market and the range most thread varieties fall into.

Medium weight threads are the most versatile weight as they are the perfect size for constructing projects and show well when quilting, machine embroidering or any decorative stitching. Depending on the material it is made from, medium weight threads can be relied upon to generally do any technique successfully. In fact, many sewists use medium weight threads their entire sewing career without trying anything different.

Light Weight Threads
In what scenario would one ever need to use a thicker or thinner thread? Depending on the technique or effect wanted, changing thread weight can make a remarkable difference in the appearance of stitching. Take, for example, the image shown below: 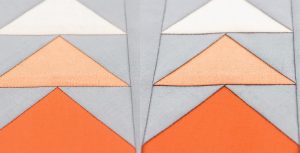 We pieced the block on the right using a standard 50wt thread. On the left, we pieced the same block using a much finer, 80wt thread. Because the finer thread takes up less space within the fabric, the material actually lays flatter than the 50wt pieced block.

Not only does using finer thread make cleaner, better looking seams, it allows for sharper miters and more precise piecing. There is nothing better than making projects look more beautiful by doing something as simple as changing thread.

A finer thread does not simply make a better piecing thread, it can also do a fantastic job of hiding in the fabric unseen. Traditionally, people used mono-poly thread for the same reason, however this type of thread can feel hard, like plastic, and can still be seen under bright lights. It also takes up more space in the fabric, meaning any dense quilting or stitching will make the project as stiff as a board.

The ultra-fine 100wt polyester thread disappears gorgeously into the fabric. Even a basic colour, such as light grey, will blend across multiple colours of fabric that don’t match the thread colour exactly. Better yet, because the thread is so fine, even dense stitching or quilting will keep projects staying soft and flexible. Go ahead and quilt your heart out on that bed quilt because it is going to stay snuggly soft.

Heavy Weight Threads
On the other end of the spectrum are thicker, 12wt to 3wt, threads. These threads are made to show off any decorative quilting, appliqué, thread painting or embellishment. The thickest thread to fit through the eye of a machine needle is 12wt, while thicker threads like 8wt to 3wt can be used for bobbin work, couching or hand embroidery. 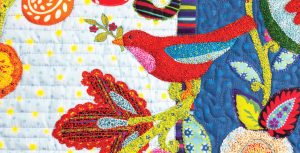 Ideal thread weights for hand embroidery are 12wt to 3wt. A 12wt thread is comparable in size to a single strand of embroidery floss, which can be used for small hand-embroidered details. The most commonly used weight for hand embroidery is an 8wt because this is the most versatile and is easy to sew with. However, by choosing a 5wt, or even 3wt, a variety of textures can be added to projects. Each weight of thread gives a totally new look, even when sewing the same stitch. These heavier threads can also be used for crochet and knitting – a beautiful alternative to yarn.

Do not be shy about playing with heavier threads! They really know how to stand out and create amazing decorative designs,  which cannot be achieved with other thread weights. The beauty of a thicker thread is that they come in a variety of materials perfect for adding amazing textures and light-catching qualities that make projects stand out uniquely.

We recommend every sewist, whether sewing for decades or just starting out, try thread play-days and experiment with thread varieties not tried before. Every thread line is unique and can make a huge difference in the quality of stitches. Play, sew and have fun! We know you will fall in love with threads as much as we have.