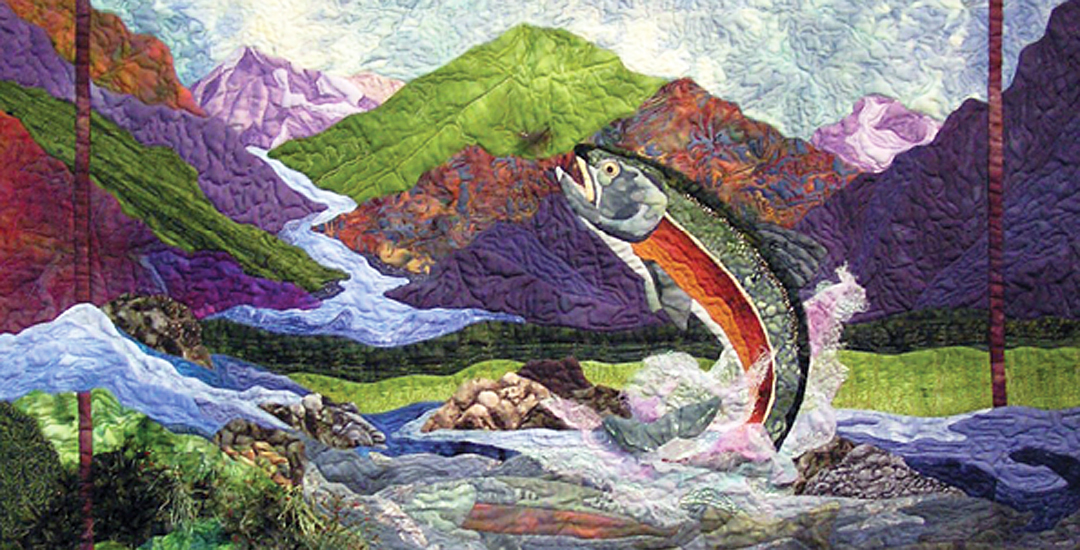 Still Going Strong: The Resurrection of the Grand National

There are a few pivotal moments in one’s life. For me, one such moment was when I received the Award of Excellence and a 6500 Janome sewing machine at the 2005 Grand National – Airbourne for my piece River Dance. No wonder it was a very sad day when I heard that the Grand National 2017 would be the last event. I felt a tradition had ended. A tradition that would be greatly missed, but what could I do about it? Taking it over was too big a commitment for one person. When I received my piece back from last year’s show, I realized that it was all over and if anything was to be done to resurrect the Grand National, it was now or never.

Wondering if anybody else had the same thoughts, I composed an email and sent it out to a group of fibre artist friends to see what would happen. I received two very enthusiastic, immediate responses and a few days later, a handful more. As it turned out, my friends and I were all going to be in the same place for a different event and decided to meet to see if we could make a stab at carrying on the tradition of the Grand National.

Our first meeting attended by Krista Zeghers (MB), Jaynie Himsl (SK), Joyce Brown (AB), Vicki Gray (BC), and Katie Stein Sather (BC) and myself was encouraging. We were committed to making an attempt. We needed to find a venue, decide on a theme and get the support of the previous Grand National committee and major sponsor, Janome Canada. It took five months of hard work, but it has all come together. On behalf of the Grand National Fibre Art & Quilt Exhibition, we are delighted to announce that the Grand National “Still” lives. 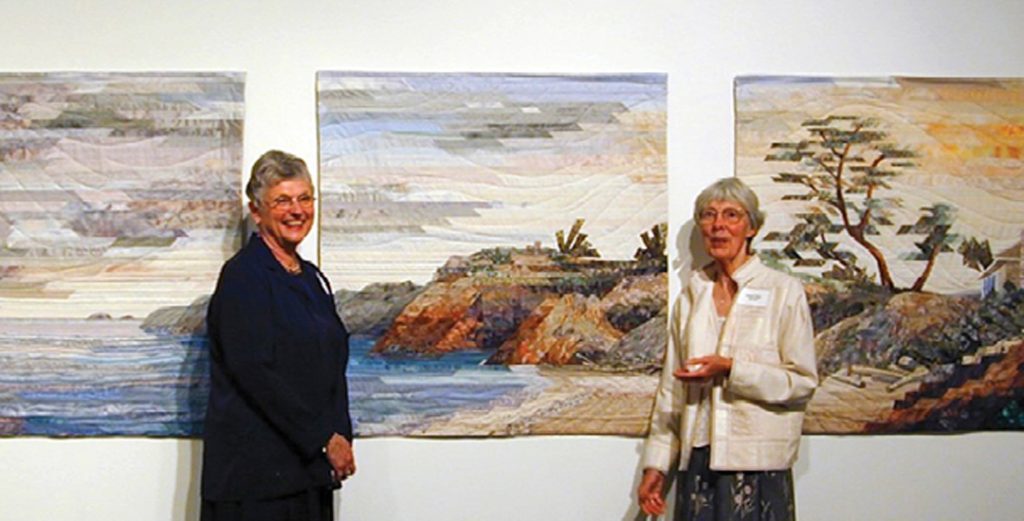 As is the prerogative of any new committee, we have our own ideas of where we would like the Grand National to go in the future. The first step is to be more inclusive of other forms of fibre art, which we addressed this year by eliminating the requirement that all pieces must have a visible quilting component. Our second goal is to make the exhibition national in terms of venue, as well as participants. We would like to move the exhibition around the country, biennially, thus exposing the artists and their work to wider coverage and enabling a larger cross section of spectators. To further expand on this, our third goal is for each exhibition to travel to more than one venue. More people will have the opportunity to view each Grand National exhibition.

In this regard, we hope to keep the exhibition pieces together longer and enable the exhibitions to be viewed in remote locations that may not otherwise get a chance to host the exhibition. In order to accomplish the second goal, the Grand National committee is looking for interested parties from all across the country to join us as active committee members. As you have read, our committee has representation in four provinces, but we would like to see national representation and have a committee member nearby no matter where the exhibition is opening. We are also in need of expertise in the computer field to update the website to bring it into the age of online entries, payments and documentation. To accomplish all we have planned we are also in need of funds. If you wish to support the Grand National but do not have the time to volunteer as a committee member, a financial donation can be made to the cause. If interested in volunteering or donating please contact Carol Seeley.