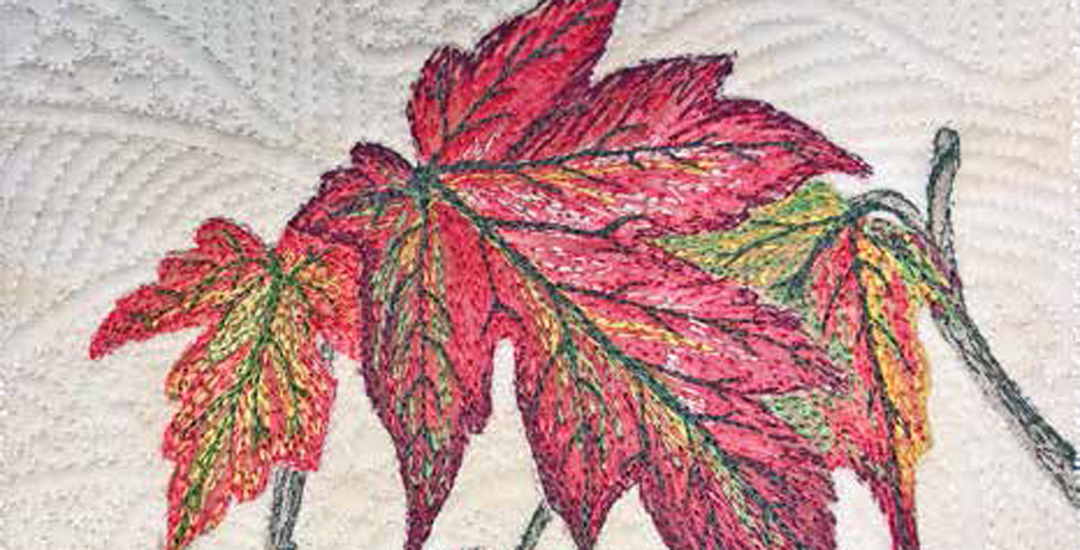 Not only do quilters love a challenge, they are exceedingly generous. Both qualities were on display this past year as we undertook the 2020 Postcard Challenge to fundraise for the Glenrose Rehabilitation Hospital Pediatric Brain Injury Unit in Edmonton. Over 1400 beautiful quilted postcards were contributed to the cause.

Coordinated and sponsored by Cindy Scraba of Cindy’s Threadworks, the challenge offered several generous awards. The competition was fierce! There were SO MANY gorgeous postcards – the pieces were exceptional – giving the judges a huge task. But they too were up for the challenge and we are delighted to share the winners with you. 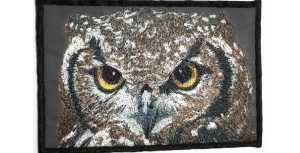 First Prize in the 2020 Postcard Challenge was awarded to Heather Gates for Saw-Whet.

Originally, the postcards were to be sold in June at Quilt Canada 2020 in Edmonton, AB, but with its cancellation due to the pandemic our plan had to be re-envisioned. The postcard team of Cindy Scraba, Karen Killins-Robinson, Jackie White and Kathy Logan de Chavez put their heads together and decided to mount an online Facebook auction in late August and early September instead.

Initially, six cards were on offer every two days and the highest bidder was the lucky winner. On the Labour Day long weekend, we added a blitz, intending to sell 25 cards in 25 hours for $25 each. This all went a bit wild and over a 25-hour period, 93 postcards were sold! Bidding resumed for many more postcards, sometimes up to 12 a day, until the auction’s close on September 11. Thus far, $9,000 has been raised by the auction, far beyond our conservative forecast for Phase 1 Virtual Sales. 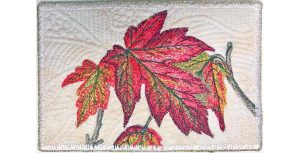 Auction bids have been generous (one postcard sold for $115) and successful bidders were delighted to win some very intricate, yet tiny, pieces of art. Many thanks to two of our winners, Janet Ulan and Marie Woods, who very generously donated their $250 prizes back to the cause. Overall, our new online format was a huge success. 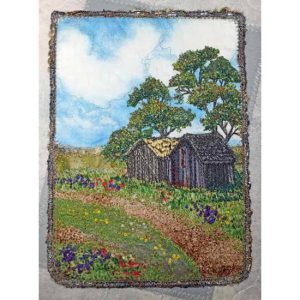 Alas, hundreds of postcards remain in my spare bedroom awaiting buyers. The new sales plan includes selling them at the Edmonton Festival of Quilts in June 2021 and at other gatherings when we are able to meet. Those in Cindy’s possession will be sold on Vancouver Island whenever pop-up sales are allowed. We’ve also been having great success with the occasional Facebook pop-up sale. 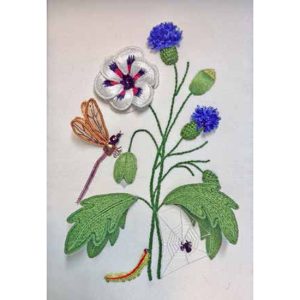 On behalf of the team, I would like to extend a huge thank you to those of you who took the time to make and contribute postcards. They came from far and wide (across Canada and several points in the USA) and your generosity is gratefully appreciated. And to our on-line buyers: you rock! 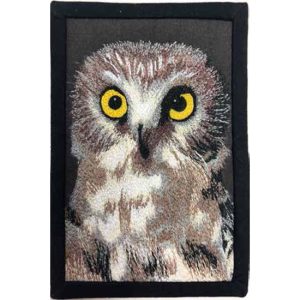 Best Stitching by Machine: I See You by Janet Ulan

ABOUT THE CHARITY
Edmonton’s Glenrose Rehabilitation Hospital offers assessment and treatment services to adults who have had a stroke, traumatic brain injury, orthopedic injury, or spinal cord injury, and to seniors who require follow-up for dementia and other age-related issues. Assessment and treatment services for children address the needs of those with cerebral palsy and other physically-based disorders, and those with learning disabilities, hearing impairment, behavioural issues, feeding/swallowing issues and specific motor-based speech disorders. The Pediatric Brain Injury Unit is an inpatient ward that serves children up to age 17 who have been released from acute care but require treatment for stroke, traumatic brain injury or brain illness.