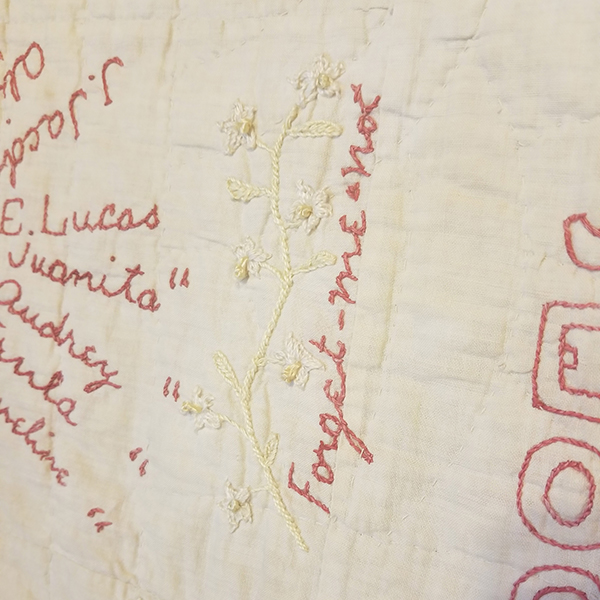 A Black settlement founded in 1849 by former slaves, Buxton, ON, at its peak was home to 1,200 fugitives who had escaped slavery in the United States and found freedom in Canada. Their skilled quilters often created fundraising quilts, usually to help members of the community who were ill or in financial distress, and to help to ensure the community’s survival.

This signature quilt is one of many that they made. The words, ‘‘Forget-me-not,’’ and several additional motifs are embroidered throughout. ‘‘Block of Honor, 1929’’ and ‘‘Geo. T Kersey – $1.00’’ (the amount he contributed) are dominant. Medium-size names denote those who contributed 50 cents, and the small names those who contributed 25 cents. Many descendants of those named on the quilt still reside in Buxton. 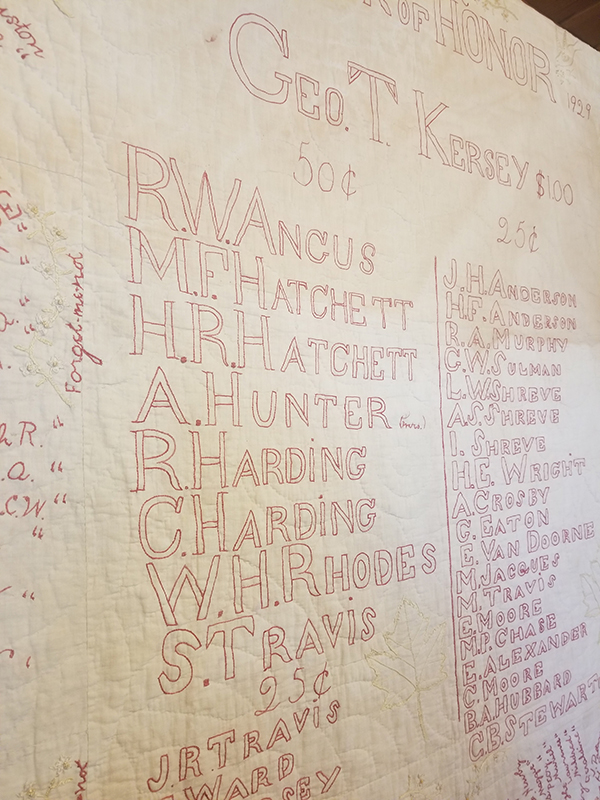 Discover the history of Buxton through the Buxton National Historic Site & Museum; follow them on Facebook: facebook.com/buxtonmuseum.